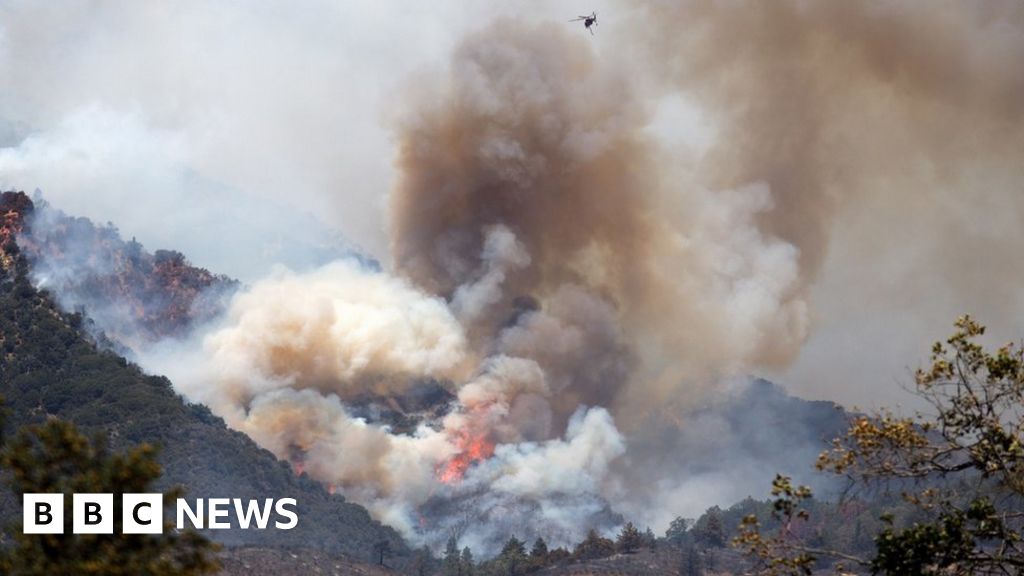 Fire crews in California are battling a massive wildfire that has forced thousands of people from their homes east of Los Angeles.

More than 1,300 firefighters, backed by helicopters and water-dumping planes, have been tackling the blaze dubbed the Apple Fire which started on Friday.

Parts of the fire are on steep, rugged hillsides, making it hard for fire engines to reach.

Around 7,800 residents have been told to evacuate the area.

Images show flumes of smoke filling the sky over the mountainous region. In a tweet, the National Weather Service said some smoke had blown east to Phoenix, Arizona – nearly 300 miles (482km) away.

The wildfire began as two adjacent blazes in Cherry Valley, an area near the city of Beaumont.

It has since stretched o... 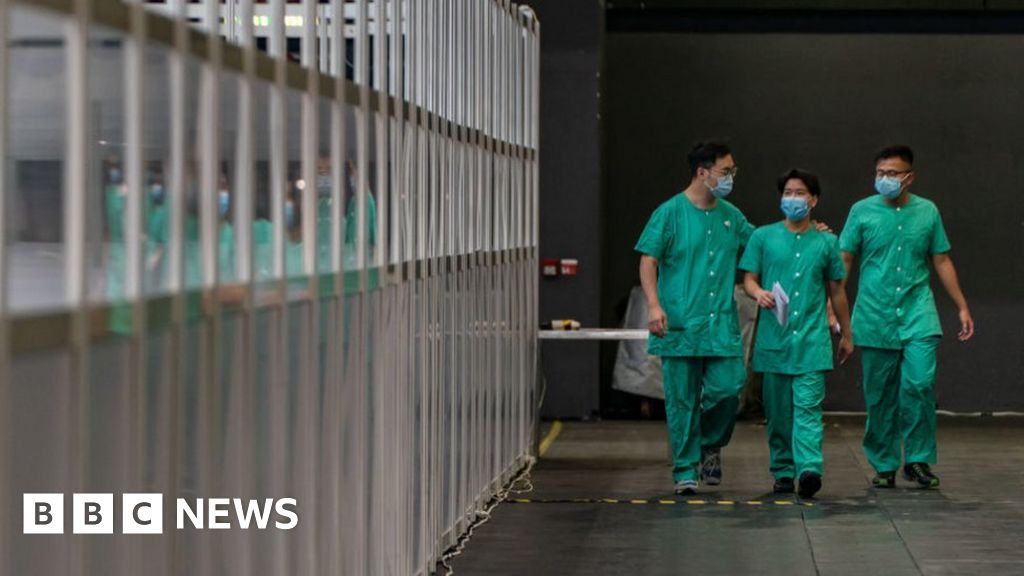 Seven health officials have arrived in Hong Kong from mainland China, the first members of a 60-person team that will carry out Covid-19 testing.

This is the first time Chinese health officials have assisted in Hong Kong and comes as Hong Kong sees a sharp rise in new infections.

But some local councillors raised concerns that China may be collecting DNA samples for surveillance purposes, said Reuters.

Hong Kong’s government has denied this.

Tensions are high between pro-democracy groups in Hong Kong and the Chinese government after Beijing imposed a new national security law in Hong Kong in June which critics say erodes freedoms.

The broad-sweeping law, which was widely criticised internationally, allows for life in prison for those China determines to have engaged in acts of secessi... 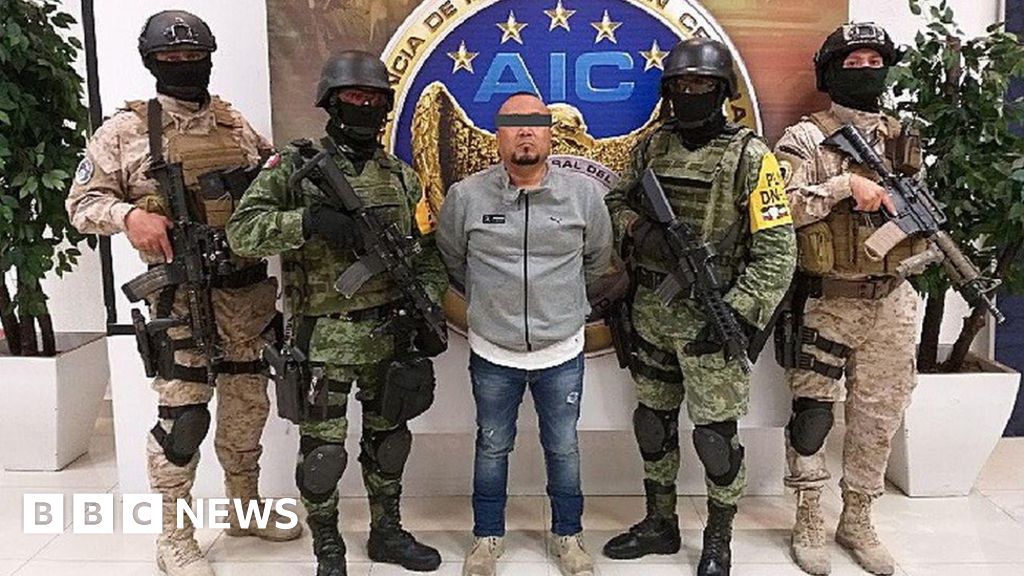 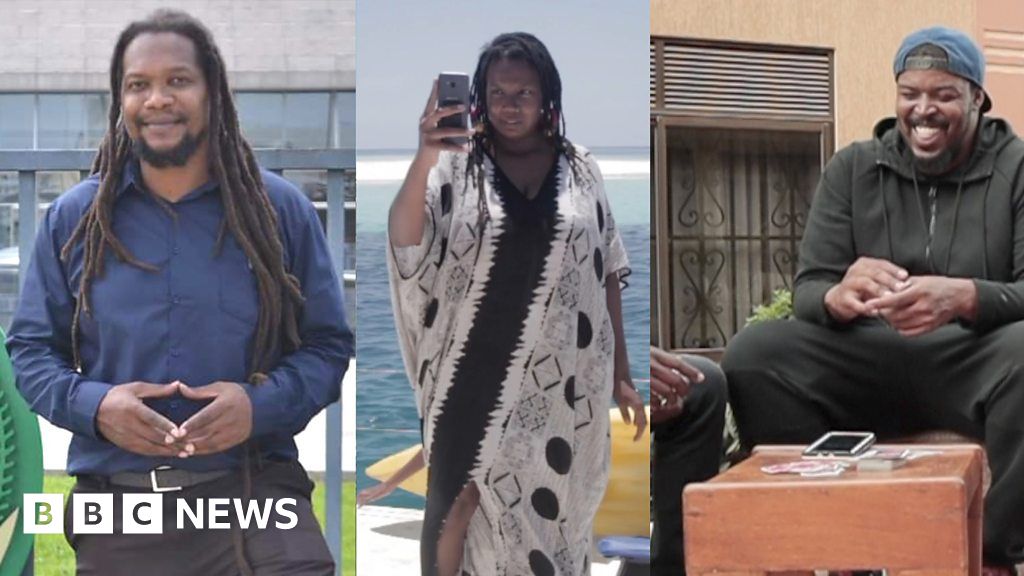 
The number of deaths from coronavirus in Iran is nearly triple what Iran’s government claims, a BBC Persian service investigation has found.

The government’s own records appear to show almost 42,000 people died with Covid-19 symptoms up to 20 July, versus 14,405 reported by its health ministry.

Iran has been one of the worst-hit countries outside China.

In recent weeks, it has suffered a second steep rise in the number of cases.

The first death in Iran from Covid-19 was recorded on 22 January, according to lists and medical records that have been passed to the BBC. This was almost a month before the first official case of coronavirus was reported there.

As chains go bankrupt, suppliers around world find they are lower priority for repayment

A sign outside a Chuck E. Cheese restaurant on Jan. 16, 2014, in Newark, Calif. The company filed for Chapter 11 bankruptcy during the coronavirus pandemic.


This spring, Dave Watson flew from his British factory to Dallas to present the restaurant chain Chuck E. Cheese with his new coin-operated children’s ride.

The machine, which Watson said cost his company about $64,000 to develop, featured a miniature train chugging around a grinning likeness of Chuck E. Cheese’s mouse mascot.

Then the pandemic shutdowns hit, forcing many businesses to close or rethink everything from how to serve customers to how to get supplies. Bankruptcies were not far behind. A wave of major U.S. corporate brands have sought Chapter 11 protections.

TikTok: Pompeo says Trump to crack down on Chinese software in coming days


US President Donald Trump will take action “in the coming days” against Chinese-owned software that he believes pose a national security risk, Secretary of State Mike Pompeo said.

His comments came days after Mr Trump said he was banning TikTok in the US.

The company has denied accusations that it is controlled by or shares data with the Chinese government.

Speaking to Fox News Channel, Mr Pompeo said the action would be taken “with respect to a broad array of national security risks that are presented by software connected to the Chinese Communist Party.”

He said there were “countless” companies do... 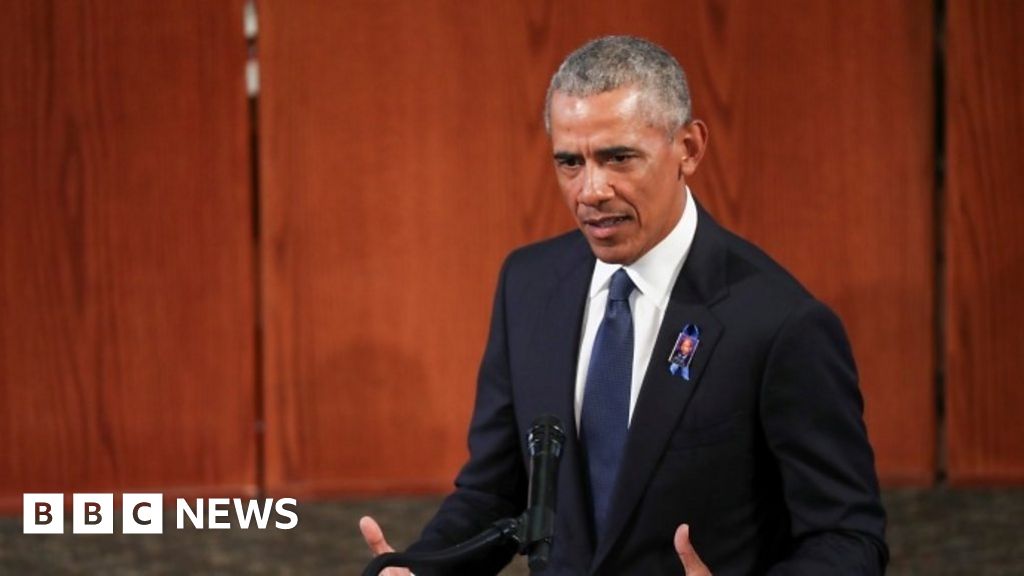 And during his funeral oration the former US president directed a few barely concealed jabs at his White House successor.