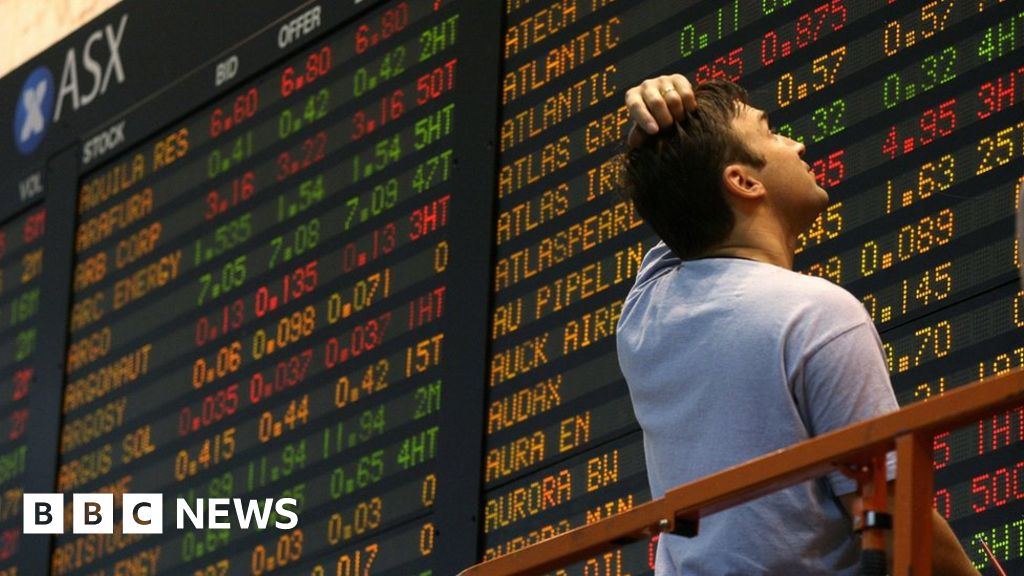 Stock markets in Asia suffered on Tuesday from the fallout from UK and US investors worried about a rise in coronavirus cases.

The biggest falls in the region were recorded in Australia, where shares hit a three-month low.

Investors have also been rattled by dimming hopes for more financial support for the US economy.

Stock markets fell across South Korea, Hong Kong and China, while Japan was closed for a public holiday.

On Monday, UK and US stock markets suffered heavy losses over fears that a renewed rise in coronavirus cases will blight economic prospects.

More than £50bn was wiped off UK shares, and caused similar falls across European and US stock markets.

The negative sentiment spread into Asia, which has previously been the focus of optimism from China’s continued economic recovery.

Australian shares were dragged to their lowest level since mid-June, under pressure by its mining and energy stocks.

“The biggest issue for local markets is how the battle for tech sector super dominance plays out between the US and China, which is getting viewed through the lens of the ByteDance /Oracle -Walmart deal,” said Stephen Innes, a market strategist at Sydney-based financial firm AxiCorp.

“Election risk is also coming to the fore with the first US election debate on the 29th, which is compounding things,” he added.

In Europe, banking shares were affected by an extra set of concerns as allegations of money-laundering surfaced in leaked files.

HSBC, the bank at the centre of the scandal, saw its share price fall 5.3% in London, but the revelations dragged down the entire sector, with other big banks dropping by a similar amount.

HSBC’s shares have hit a 25-year low and they continued to slide in Hong Kong on Tuesday falling another 3%.

Shares in UK-based bank Standard Chartered, which was also named in the leaked papers, fell 2% to hit an 18-year low on the Hong Kong market.