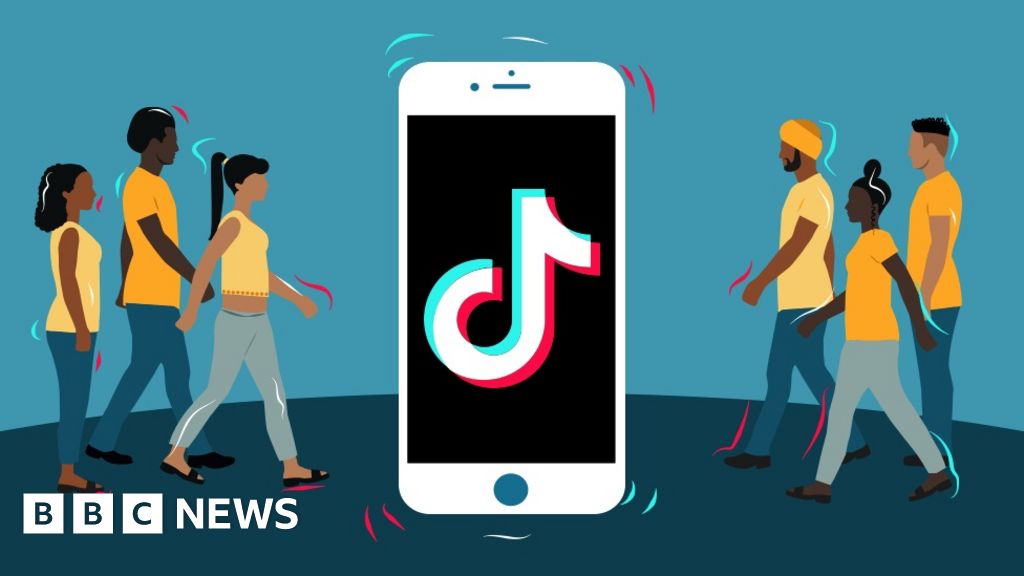 “We may be banning TikTok,” President Trump told reporters, saying an announcement could come as soon as this weekend.

He added there were other options – but how might a ban work?

One obvious starting place would be to order Apple and Google to remove the app from their online stores.

This might be done by adding TikTok’s owner Bytedance to a Commerce Department entity list, and forbidding US firms from working with it – a similar tactic was used to stop Google providing its apps to Huawei.

That would prevent new users from being able to download the app.

Existing users would be prevented from receiving notifications and installing updates, although they would still have the app on their devices.

One way to address this would be to tell Apple and Google to use a “kill switch” facility they both have, which lets them remotely wipe or prevent blacklisted apps from launching.

A Brazilian judge once threatened to force the two firms to use the power in 2014, but ultimately backed off.

Apple and Google would likely be loathe to take control of users’ smartphones in such a way and might even resist such an order.

So an easier alternative might be to compel local internet service providers to block access to TikTok’s servers.

This would have the added advantage of preventing TikTok’s videos being viewable via its website.

India took such a measure when it banned TikTok and dozens of other Chinese apps. And users have reported being unable to circumvent the block by using a virtual private network (VPN).

But it’s not clear how Mr Trump would enforce such an order.

A less draconian approach would be to ban TikTok from being installed onto federal employees’ work phones.

Congress has already voted in favour of the idea and the Senate is still considering it. But that would be a much less dramatic move than Trump seems to be hinting at.

A further possibility is that the Committee on Foreign Investment in the United States (Cfius) – which is chaired by the US Treasury – rules against Bytedance’s takeover of the app Musical.ly, whose users were migrated over to TikTok in 2018.

Musical.ly was owned by another Chinese start-up.

But Cfius has the power to review takeovers that potentially pose a national security risk. And because Bytedance did not seek clearance for the acquisition at the time, the committee was able to launch a post-deal probe last year.

If Cfius rejects the takeover, it could order Bytedance to shut down the service in the US.

The question is whether a spun-off TikTok would be allowed to continue under different ownership as an alternative, perhaps even with a rebrand.

Microsoft is reportedly in talks to acquire the business – some internet wags have already suggested it might be called Microsoft Teens (a play on the the firm’s Teams service).

The US tech giant would presumably be viewed as a more trustworthy guardian of the data the app collects, and assuage fears the China might still be somehow accessing its logs.

When asked about the prospect of such a deal, Microsoft declined to comment.

What does TikTok say?

“One hundred million Americans come to TikTok for entertainment and connection.

“We’ve hired nearly 1,000 people to our US team this year alone, and are proud to be hiring another 10,000 employees.

“TikTok US user data is stored in the US, with strict controls on employee access. TikTok’s biggest investors come from the US.

“We are committed to protecting our users’ privacy and safety as we continue working to bring joy to families and meaningful careers to those who create on our platform.”

August 2017: An international version of Douyin is launched under the brand TikTok in some parts of the world, but not the US at this time

August 2018: Bytedance announces it is shutting down Musical.ly and is moving users over to TikTok

February 2019: TikTok fined in US over Musical.ly’s handling of under-13s’ data

July 2020: US Secretary of State Mike Pompeo, and then President Trump, say TikTok may be banned